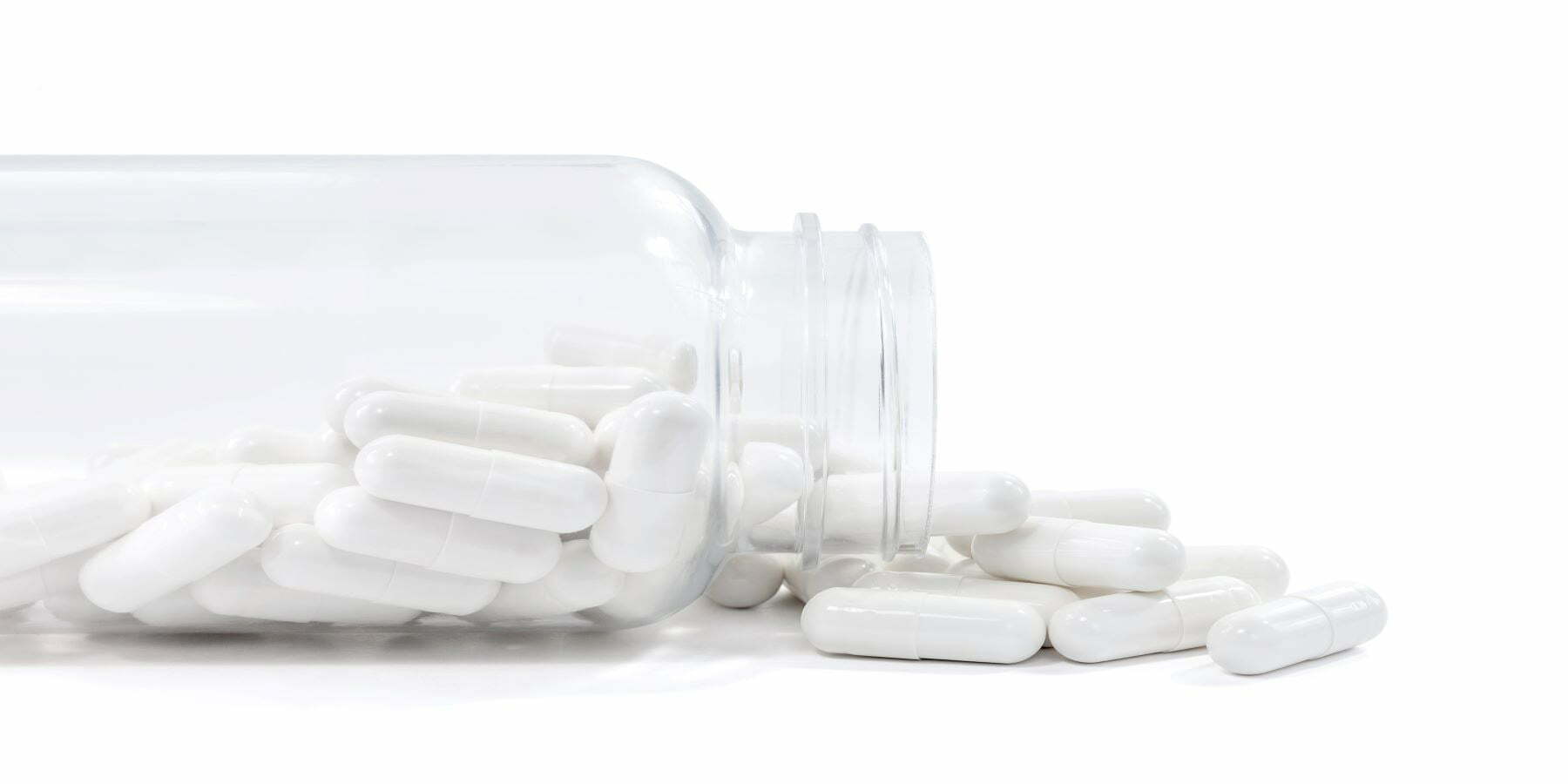 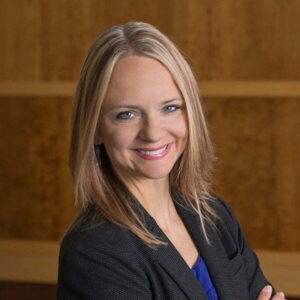 National CooperativeRx constantly monitors the pharmaceutical pipeline. As treatment options change, it’s important to know how those changes could impact your plan and which drugs bring the highest value. Our quarterly NCRx Pipeline Reports highlight some of the newest therapies coming to market and are not intended to imply formulary placement or coverage by CVS Caremark.

A Highly Anticipated New Therapy Option in Type II Diabetes, but the Institute for Clinical and Economic Review (ICER) Not as Enthusiastic

Tirzepatide: Adding a new twist to the existing diabetes drug class of Glucagon-like peptide-1 (GLP-1) agonists is Lilly’s tirzepatide, a combination GLP-1/glucose-dependent insulinotropic polypeptide (GIP) agonist. It’s the first of its kind, with the GIP component acting as a GLP-1 “enhancer.” When studied against long-acting insulin or the highest dose of Ozempic, a leading GLP-1, tirzepatide delivered greater reductions in blood sugar and weight.1,2 Safety was, for the most part, comparable to GLP-1 drugs, but there was a higher rate of serious adverse events and adverse events leading to treatment discontinuation with tirzepatide. This may be a barrier to widespread uptake by patients and prescribers. In response to the palpable anticipation for tirzepatide, ICER has already weighed in. ICER’s report indicates tirzepatide is likely to have a net health benefit compared to other drugs for diabetes, but the lack of long-term safety data (particularly heart and kidney) led to a less than radical endorsement.3 It concluded its review with a suggested cost-effective annual price of $5,500 to $5,700. All things considered, tirzepatide is not likely to replace existing GLP-1 agonists, but it does represent a significant treatment option for patients who struggle to get to their blood sugar goals with other therapies.

AMX0035 (taurursodiol; sodium phenylbutyrate): For a disease that lacked any disease-modifying treatments until 1995, the future has never looked brighter. Amylyx is on track for approval of AMX0035, a combination of two older drugs, to prolong survival in ALS, also known as Lou Gehrig’s disease. The existing therapies are riluzole, which only prolongs survival by a few months4, and Radicava® (edaravone), which doesn’t have solid survival data yet. AMX0035 has been shown in clinical trials to improve survival by six and a half months over placebo in a 35-month period; that’s a 44% lower risk of death in patients taking AMX0035 versus placebo.5 The drug is a combination of taurursodiol, which serves to prevent cell death, and sodium phenylbutyrate, which protects DNA and lowers ammonia. Both drugs have been shown to protect motor neurons, which is a central goal for slowing ALS progression. Clinical trial safety data show more gastrointestinal upset in the AMX0035 group, as well as rare changes in heart rhythm6, but the treatment was generally well-tolerated. AMX0035 will be available as an oral formulation, like riluzole, while edaravone is an intravenous infusion (an oral formulation of edaravone is expected in 2022). The U.S. Food and Drug Administration (FDA) has granted priority review to AMX0035, with a decision date of June 29, 2022. Approval is expected, and is good news for several reasons. First and most obvious, ALS is a devastating, fatal condition, so any new drug that prolongs survival and/or improves physical function is a relief on a humanitarian level. Second, drugs that extend patients’ ability to function independently are likely to provide savings for the total cost of care. Finally, the timing of approval is ideal, in that there is a huge number of additional drugs in the pipeline for ALS. Having more treatment options is not only good for patients, but also good for payers because it drives down drug costs as well as overall cost of care.

Price: Currently unknown. The Amylyx CEO stated, “…we want to be very responsible with how we price.” For reference, Radicava® costs $156,000 per year, so a “responsible” price may be in the eye of the beholder.

Rinvoq (upadacitinib) and Cibinqo (abrocitinib): Both approved on January 14, 2022, this pair of oral Janus kinase (JAK)-1 inhibitors are the first of their kind among treatment options for atopic dermatitis (AD), commonly referred to as eczema. Rinvoq® has been in use since 2019 for rheumatoid arthritis, but Cibinqo® is a new molecular entity. The drugs had a bumpy, extended road to FDA approval, owing to the increased risk of serious infections, death, cardiovascular events, and blood clots associated with JAK inhibitors. As a condition of approval, the FDA required a boxed warning on the label regarding these risks, keeping in line with other JAK inhibitors labeled for other indications. In addition to the boxed warnings, both Cibinqo® and Rinvoq® are approved for use only in treatment resistant cases of AD (i.e., after other biologic treatments have failed). Cibinqo® was studied against Dupixent®, its most significant comparator, where it demonstrated superiority at its 200mg dose but not with the 100mg dose.8 Cibinqo’s® most common side effect in the trial was nausea, which was worse at higher doses. The most common side effects for Dupixent® were head colds and eye irritation. Rinvoq® was also studied against Dupixent®, where it demonstrated superiority in a phase III clinical trial9 but was associated with more severe adverse events than Dupixent.® Without the boxed warning, these newly approved drugs would seem like the more attractive option for many people: oral dosing, generally well-tolerated, and very effective. However, the severity of the rarer side effects will likely result in apprehension for prescribers. The price tag is relatively unattractive as well. Dupixent® costs around $3,200 per month, while Rinvoq® and Cibinqo® are priced at approximately $5,000 per month. So, while these two JAK inhibitors add to the treatment options available for AD, they aren’t likely to replace Dupixent® or other standard therapies in the AD market. Both drugs are currently on CVS’ New-to-Market Block while they await formulary review.

Impact: Low. An estimated 6.6 million adults are living with moderate-severe atopic dermatitis in the United States.10 However, these products will likely represent replacement spend in cases where standard therapies are not effective.

Heart Drug Provides Benefit Over Standard-of-Care, but Likely Not Cost-Effective According to ICER

Mavacamten: The most common inherited cardiovascular disease may finally have an FDA-approved treatment soon. After a three-month delay, an FDA decision on this highly anticipated breakthrough therapy is expected at the end of April. Mavacamten will be labeled to treat obstructive hypertrophic cardiomyopathy (HCM), which causes stiffness and thickening of the heart tissue that leads to reduced blood flow. Mavacamten is targeted uniquely and specifically to the disease pathology of HCM in that it targets myosin, a protein in heart tissue that make the heart pump. In its landmark clinical trial, patients taking mavacamten experienced more improvement in symptoms and disease severity than those who took placebo.11 27% of patients even reached New York Heart Association Class I, meaning they were symptom free and had no limitation in physical activities associated with daily living. The therapy was also well-tolerated compared with placebo, with fewer serious adverse events occurring in the mavacamten group as the placebo group. However, a small number of patients experienced reductions in ejection fraction, a measure of the heart’s strength and efficiency, and this is a major concern among some clinical experts. Longer-term data may help to define this risk, but the concern clearly played a role in ICER’s cost-effectiveness analysis for mavacamten. ICER has suggested a health benefit price benchmark of $12,000-$15,000 per year for the drug, which is in stark contrast to the $75,000 per year price tag some analysts have predicted.12 Currently, HCM is treated with off-label but inexpensive generics; however, a manufacturer-sponsored model assessing net health benefit for mavacamten suggested the drug may provide an additional four to six quality-adjusted life-years (QALY) in patients already on standard-of-care.13 Long-term data will really be key in confirming any survival benefit, further defining safety concerns and justifying a potentially large price tag.

Impact: Low. An estimated 1 in 500 people have obstructive HCM14, but only a small percentage of these are diagnosed.

Cost: Currently unknown; likely much higher than existing topicals which are mostly generic.

Cost: Currently unknown; likely much higher than proton pump inhibitors (PPI), which are all available generically.

Cost: Currently unknown, but likely to be similar to Belsomra, at $400 per month.* 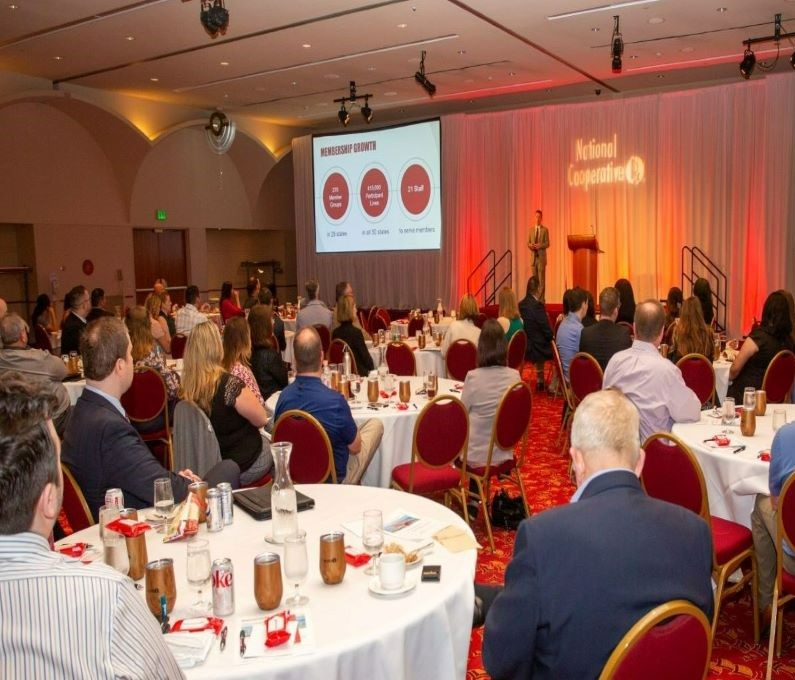 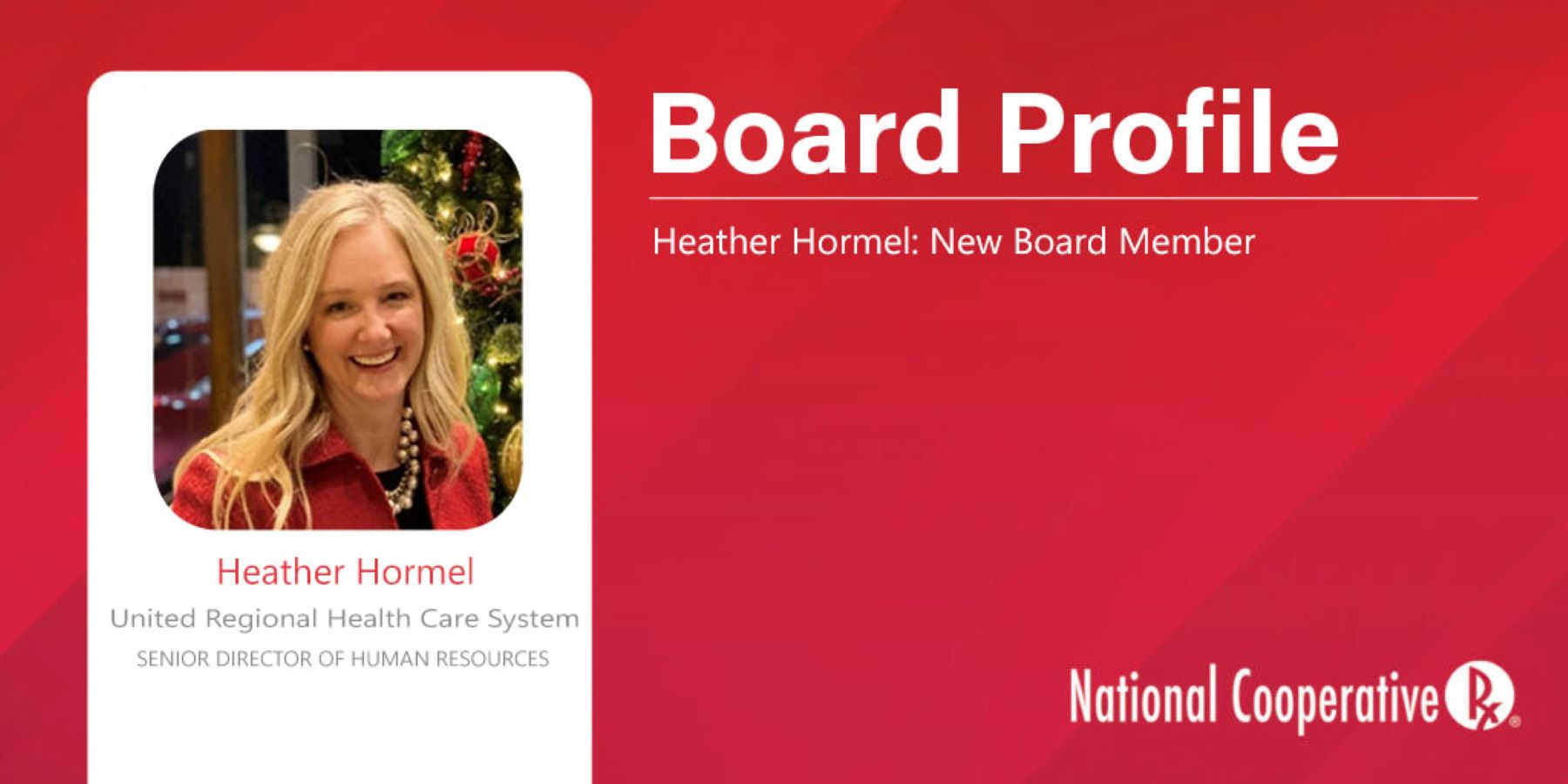 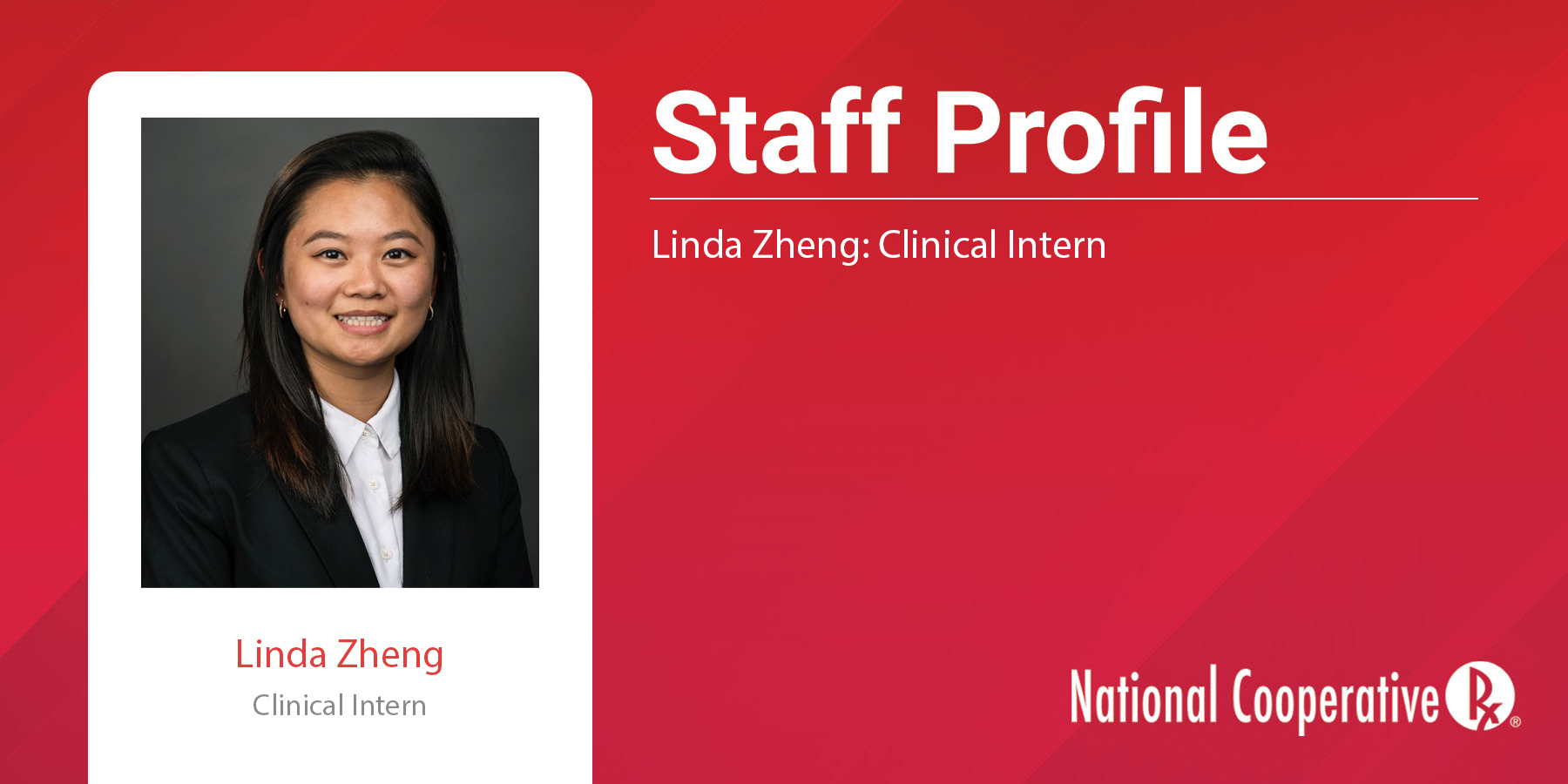